The 2017-2018 Academic Year Graduation Ceremony of the Vocational High School was integrated with the local people with the contribution of the Municipality and was held on Friday, May 4, 2018; graduate students, faculty members, protocol representatives and students' families formed in the cortege, mehter team in the presence of the illegal government building in front of the ceremony to walk to the Republican Square.
Tören District Governor, Mayor, Gendarmerie Commander, Chief of Police, Municipal Mayors, Academic and administrative staff, local residents, graduated students and their families. Opening Speech Vocational High School Director Assoc. Rüştü GÜNTÜRKÜN talked to the students who had the following recommendations; "Never forget, honest, hardworking and productive is a human worth. Never lose your ability to fight with difficulties. Do not be surprised at the effort to find truth by studying and studying. Dear young people; Remember, a person can be anything but the most difficult is to be people who have succeeded in using it for the good works that Allah has given, who ignore their own interests and create a difference and benefit for their country. "
Simav Kaymakamı Türker Çağatay HALİM awarded the first prize to Şeyma Nur AKÇA. Other students who have entered the rankings have received their awards from protocol members. The graduation program continued with all the students taking the achievement certificates, ending with the throwing of the kepler into the air and the distribution of the graduation pilaf. 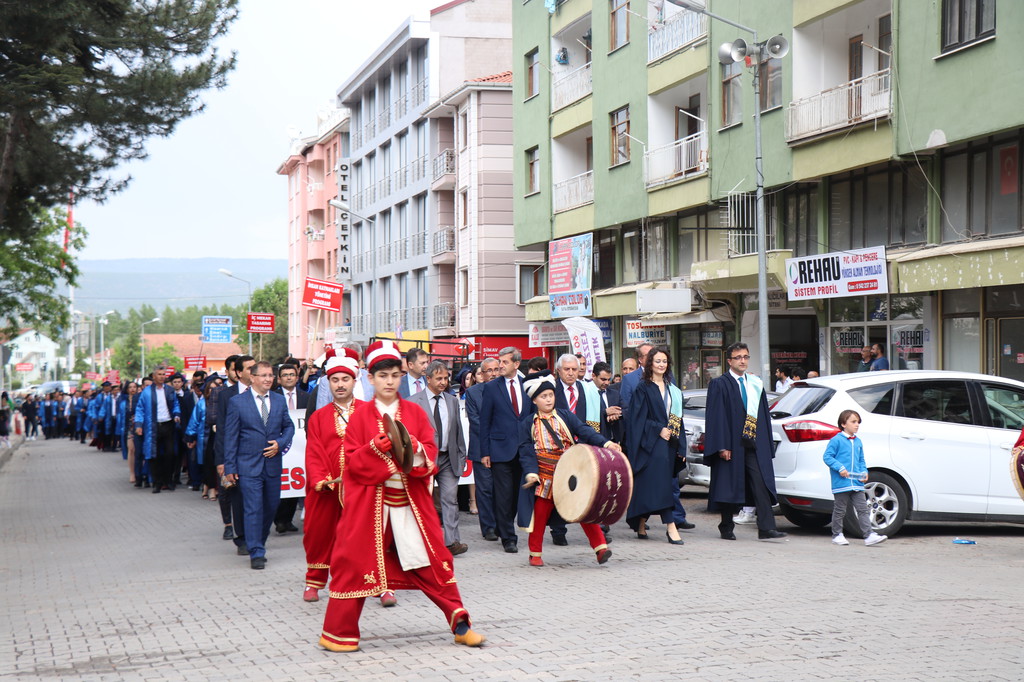 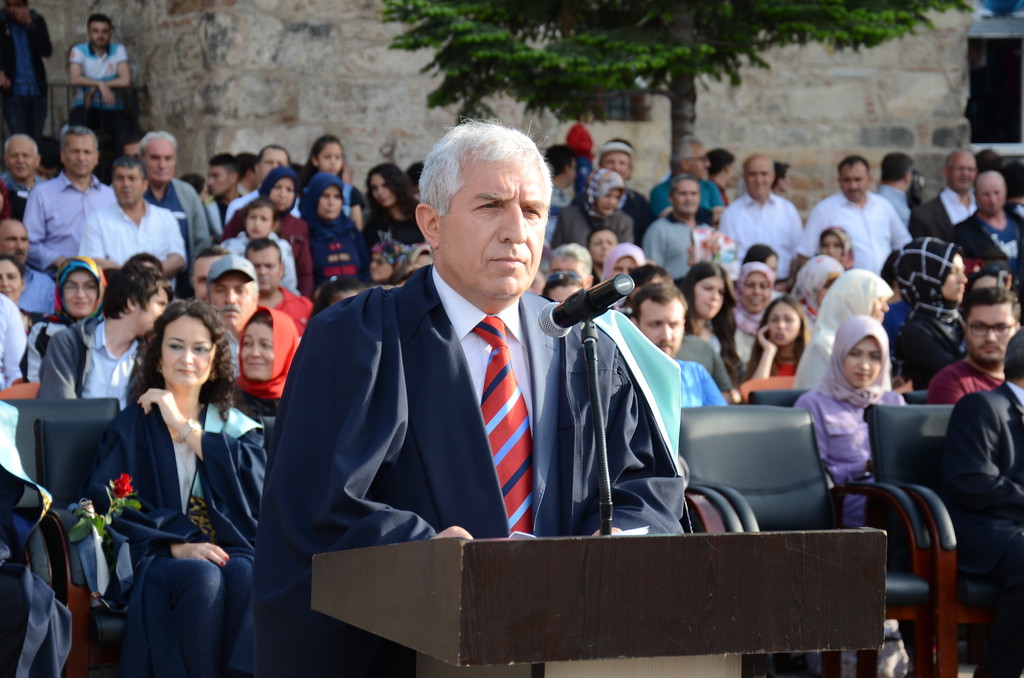 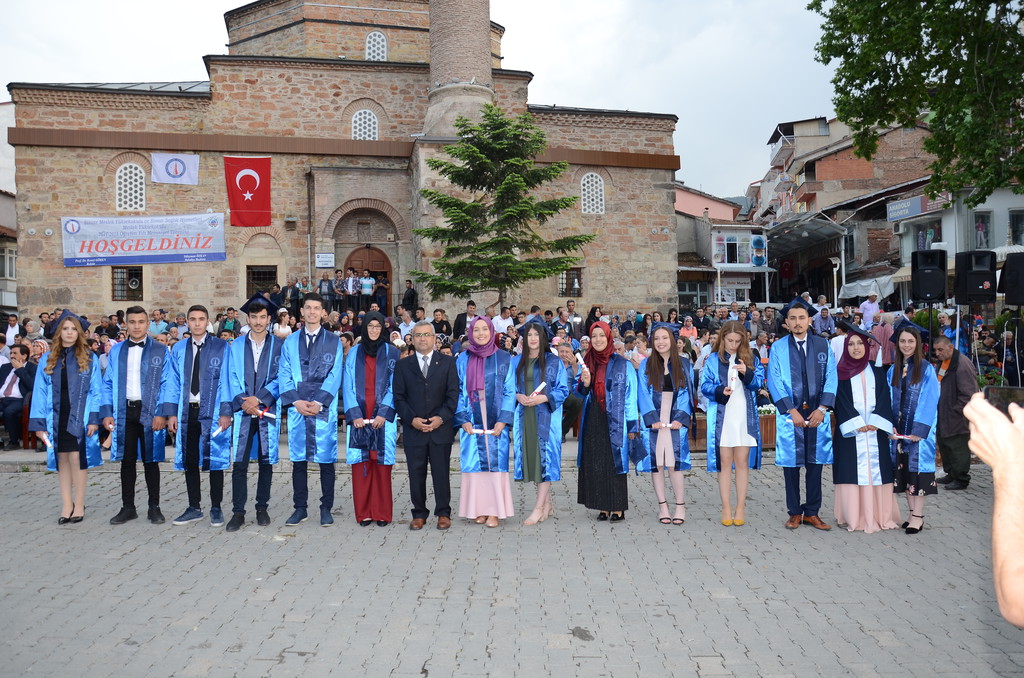 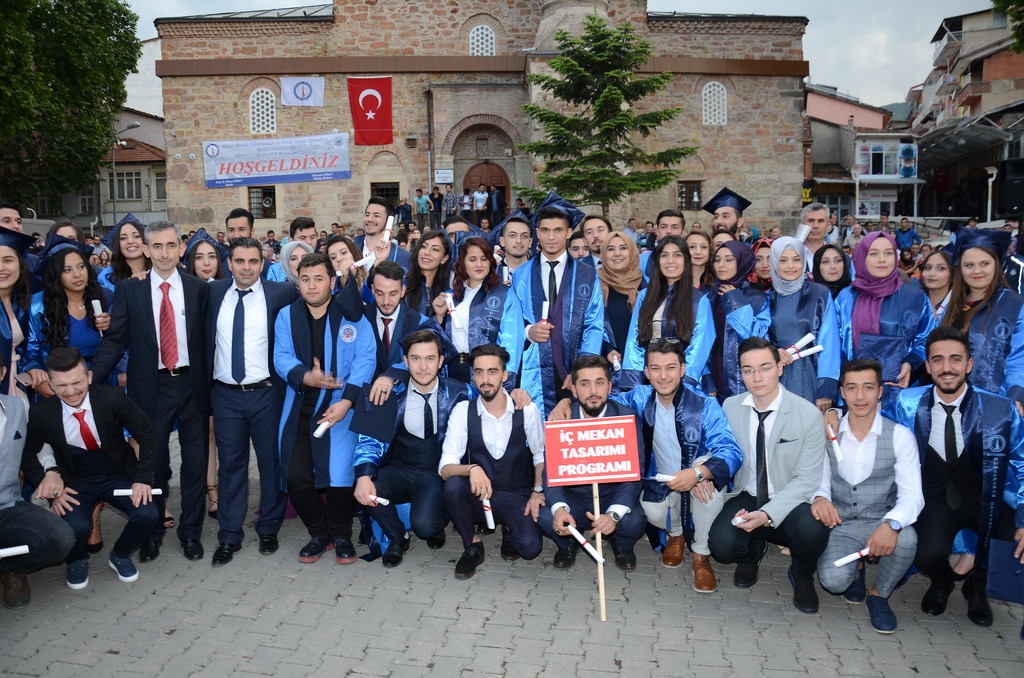